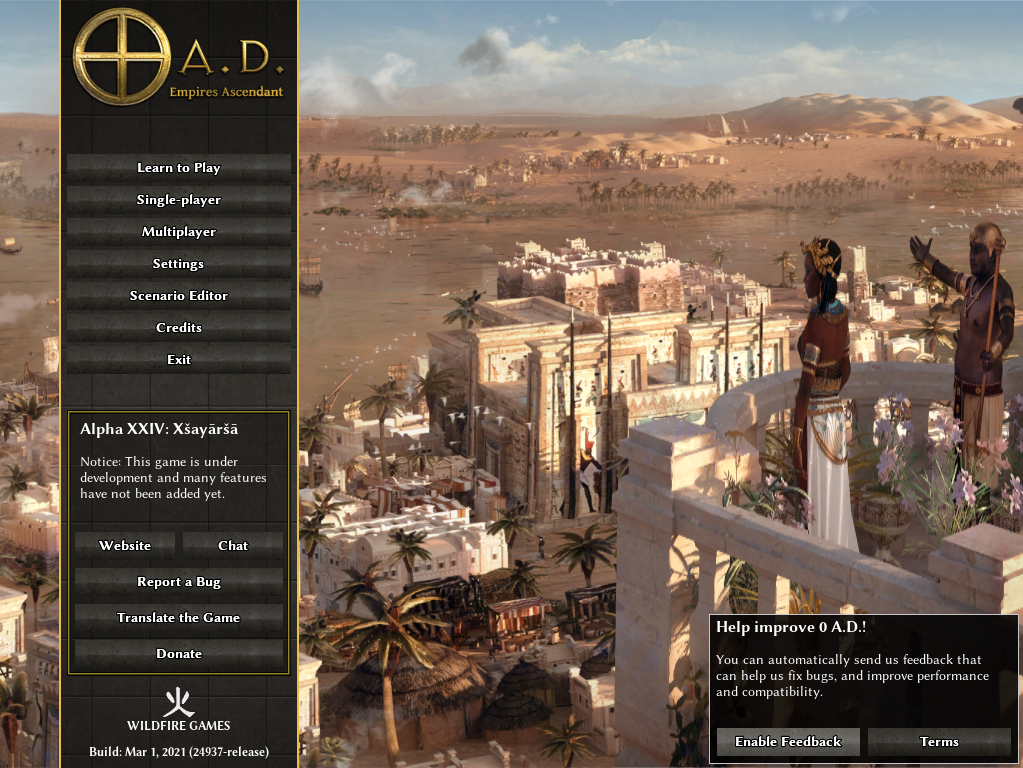 0 A.D. (pronounced “zero ey-dee”) is a free, open-source, cross-platform real-time strategy (RTS) game of ancient warfare. In short, it is a historically-based war/economy game that allows players to relive or rewrite the history of Western civilizations, focusing on the years between 500 B.C. and 500 A.D.