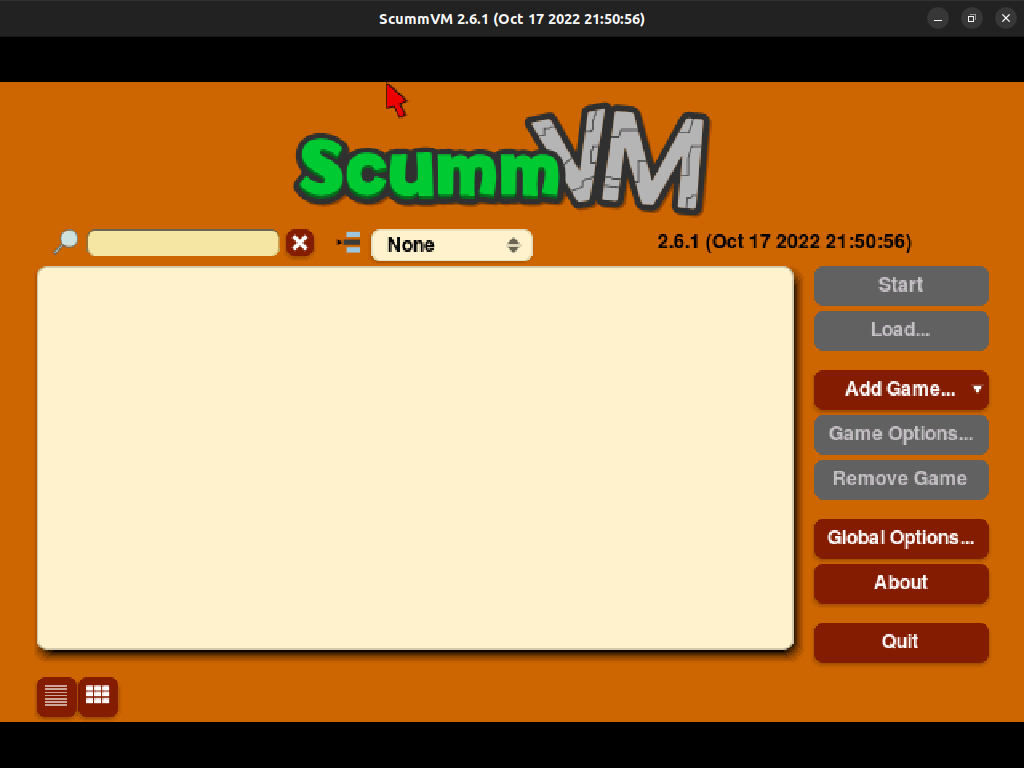 ScummVM is a ‘virtual machine’ for several classic graphical point-and-click adventure games. You can find the full list of compatible games here. The game data of four games compatible with ScummVM is included in Debian. These are:

To make use of ScummVM, you’ll have to install one of these, or obtain the proprietary game data for another supported game.